Game 131. Boston in for probably the last time at this Stadium. 7-3 Boston as Alex, Andy are awful.

Recap: At one point in the game, the Yanks top 3 hitters were 6-10, but the Yanks had just 3 runs, two on two solo HRs by Johnny Damon. Which tells you how Alex and the big G were with runners on base. Awful again, and Alex heard the boo-birds, who were angry at seeing the 9th DP from Alex in his last 19 games. Pettitte gave up 6 in 4 2/3, the victim of questionable umpiring, a couple flukey hits, and Boston doing what the Yanks haven’t done all year—get the big hit. The Yanks needed a sweep. They won’t get it. You can hear the funeral music. Hit more for more news, and a great quote from the “Yankee Truth”…

Barring a playoff or ALCS matchup (both highly unlikely), this will be the last series that Boston plays the Yanks at the “House that Ruth Built” before the Yanks move across the street.

Andy looks for win 215, which would tie HOF Stan Coveleski and Jim Perry (Gaylord’s brother) on the all-time list.

See Joel Sherman’s column today. Lester Thursday, then Halladay and Burnett over the weekend. The bats, dormant for most of the year, need to wake up.

Twins pick up “Everyday Eddie” Guardado for the stretch drive.

The Vets Committee will consider 10 players whose careers began pre-1943 for the HOF on December 7th. I’m rooting hard for “Superchief,” Allie Reynolds, to get in. Others to be considered include Yankee great 2B Joe Gordon (1942 MVP), ex-Brown and Red Sox SS Vern “Junior” Stephens, Bill Dahlen, Wes Ferrell, Sherry Magee, Carl Mays (who, despite being a good pitcher is remembered mostly for one tragic pitch), Mickey Vernon, Bucky Walters (the 1939 NL MVP), and Deacon White.

1st. Welcome back off the DL, Wakefield. JD leadoff HR.

2nd. What crap. Back-to-back “swinging bunt” singles, both with two out, for Boston. It costs, as Ellsbury then singles in a run.

Yanks come back with 2-out singles by Godzilla, Cano and Molina (RBI).

3rd. Damn it Andy, hold the lead. He gives up two runs, and Boston takes the lead. Those bleeders sure didn’t help.

4th. Goodness gracious, three beautiful pitches by Andy and the ump calls all three low. They sure looked good.

Girardi talks to Pettitte. The ump doesn’t want to come out to break it up. Chicken. Now he comes out. Girardi can’t argue balls and strikes, but… he probably had a sarcastic comment.

And it works, apparently. A ball outside is called a strikeout. Intimidation? Pettitte talks to ump Reynolds. Probably wants to know (nicely) where those pitches were.

Nady and Matsui just miss HRs in the bottom of the 4th. After 4, 3-2 Yanks. Yanks need a sweep.

Red Sox get another run. All with two outs. They get the RISP hits. Yanks this year? Nope.

JD hits his 2nd HR of the night. Alex then comes up with 2 on. When has he last done something against Boston?

Short flyout, and Alex hears the boos. Amazing what a year can do. Boos in 2006, Cheers in 2007, Boos now….and the Big G makes out as well. The good OPS+/bad RISP boys do what they’ve done all year.

6th. Bruney walks the bases loaded then gives up a SF. 7-3 Boston.

GIDP. Figures. The boo-birds are out. Edwar got work. Now “Great” Britton.

Quote of the night. From Josh “the Yankee Truth” Imboden. 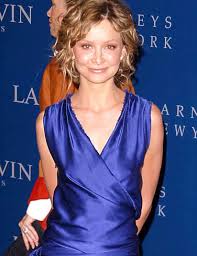 22 responses to “Game 131. Boston in for probably the last time at this Stadium. 7-3 Boston as Alex, Andy are awful.”