Shohei Ohtani apparently has an elbow issue, much like the Yankees’ Tanaka has. So the Angels will have to be careful with him.

Gary Sanchez has lost weight. This is to increase flexibility behind the plate to avoid all those wild pitches and passed balls.

As for Todd Frazier returning to the Yankees…..he probably wants a multi-year deal and the Yanks won’t give him that…..Number 1, Manny Machado is a free agent after 2018, and number 2, why give him a multi-year deal when you have a minor league prospect, Miguel Andujar, almost ready?

The Yanks are working on another deal. They have discussed Michael Fulmer of the Tigers (who beat out Sanchez for ROY in 2016), Gerrit Cole of the Pirates, and are talking to the Diamondbacks about both LHP Patrick Corbin and also infielder Brandon Drury.

As my friend Josh (the Yankee Truth) states, if the Yanks make the deal with AZ, can they now promote Judge and Drury?

The Yanks have a lot of top-notch prospects that are blocked by players like Judge and Stanton, etc. If they are top prospects, but blocked for what seems like years to come, best to spin them off to fulfill needs.

I smell something big coming up. We’ll see what it is.

The Rule 5 draft ends the Winter meetings tomorrow. Expect the Yanks to lose a couple of prospects.

Bob Costas has been elected to the HOF for his broadcasting.

Chase Headley may not be long for the Padres after the Yanks just dealt him there. He could be turned right around to the Angels.

It poured this morning. Thunderstorms galore. Reminded me of the old Carpenters classic “Rainy Days and Mondays.”

How I wish Bob Costas was baseball commissioner instead of Olympics host. 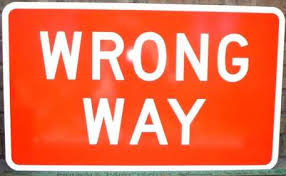 Since 2003, the Yanks direction is all wrong.

Player A makes more contact. No power, but can steal a base. He can also bunt. Far better defensively than Player B (on judgment and seeing the two players, not just the stats). Righty bat.

Player B has more power but can’t bunt, doesn’t have the speed, and his defense is a bit questionable. Switch hitter.

Player A is Miggy Cairo. Player B is Wilson Betemit. Your thoughts? Miggy can’t hit a HR, but as far as doing the little things…

Think Miggy would have had the multi-bouncing bleeder that won yesterday’s game? Instead of going to the bag(?) like Betemit did? Wilson Betemit, defensive replacement—as much an oxymoron as Wilson Betemit, good Pinch-hitter. I defended Betemit last year, but no more. I’m as down on him as I am with the Melkman.

8 1/2 out. 4 back of Boston. I think the Yanks better start thinking and hoping WC, and should it come down to it, the Yanks close in Fenway.

Mark Teixeira for 1B, replacing the Big G, whose option won’t be renewed and who will be 38 in January. If not him, someone else for 1B. Don’t know if they move Jorge there….or go after an Adam Dunn as plan B for 1B if they can’t land Teixeira? As for Dunn, he was traded to the Diamondbacks today.

C.C. to join Wang and Joba for a Big 3. Plan B? Ben Sheets, A. J. Burnett…. but someone to compliment Wang and Joba. With Hughes and whoever you want from Andy/Moose (see below.)

A better utility infielder than Betemit. I like Wigginton, but he doesn’t play SS in case something happens to Derek. Which makes me wonder, why hasn’t Ransom had a look? He’s played SS, 2B, LF, 1B and LF in his career. The average at SWB is just .258. He has 111 K’s. He also has 48 walks. Not great, but compared to Betemit… He does have 22 HR and 70 RBI. I think I’d rather see him than Betemit right now.

Pudge back on a one-year deal. You don’t know what Posada will give you off the injury, or for that matter when he’ll be back. The minimum recovery time for Jorge is 6 months. What if it’s longer? What if Jorge isn’t the same? You need insurance. Should Jorge then be Ok, you have three catchers, can deal one and would be dealing from a position of strength. Signing Pudge for 2009 is a win-win situation in my book.

Baldelli? The Rays love his make up. Crawford went to the DL yesterday so the rays brought up Baldelli and he’s gonna play around 3-4 times a week. I was watching the Tampa game sometime last week, and they were interviewing their GM. He said that they want to keep him and he also said that Baldelli’s not able to play CF anymore (and to do so would probably increase the chances of him getting injured) so they’ll use him in right and at DH going forward.

If we could get him, I’d be very happy because he could supplement Damon, Matsui, Nady at the corner positions (unsure if they bring back Abreu) but i doubt this is gonna happen. Their GM wasn’t even trying to do his poker face, he was practically gushing over him. But if he’s a free agent, who knows what will happen?

My take is that I wanted Baldelli to replace Melky. I’m not looking at the corner positions, but a CF. If he can’t play CF, then pass. But if he can… anyway, I’m looking to upgrade from Melky, even if it’s a one-year deal until Austin Jackson hopefully is ready. If Gardner improves and gets another shot and proves himself, fine. If Christian proves himself, fine. But the Melkman’s definitely in trouble. Fine 4th OF, but CF has to be updated as far as an everyday basis. Another guy I have liked is David DeJesus. From Brooklyn and Rutgers. Will be 29 in December. .297-10-56-10, OPS+ 112 for KC. .284 career hitter, OPS+ 103. Lefty bat, can play LF or CF (I’d want him in CF). I don’t know what it would take to get him in a trade, but Jackson’s off-limits.

One more thing on Baldelli. He missed 124 games of 2007 with a hamstring injury. He missed all of this year until yesterday due to a mitochondrial disorder, which causes slower muscle recovery and causes fatigue. Probably why CF is out? Probably why more time at DH? I’m not a doctor, so I can’t speculate, but…

Also on my Christmas list? Randolph to replace Meacham as 3rd base coach. Would Girardi be comfortable with it? Or would he feel as if had to look over his shoulder as far as Willie being a possible replacement in the manager’s chair?

Tough calls: Abreu. He leads the team in RBI, but do you go Nady in RF, Damon in LF and Matsui DH next year? If so, where does Abreu go? Also, Moose and Pettitte, do you bring both back? Only one of them? None of them? If one and not the other, who stays and who goes? Very tough calls here.

Also from Pete Abraham: Joba will start his throwing program on Wednesday. Only four out of the wild card, the Yanks bring him back. They’ll also have to ask themselves at what point may it be necessary to concede and then shut him down.

Great note from Phil Mushnick: A new ESPN promo for the Little League WS includes a shot of a 12-year old striking a HR pose. Great. Preening pre-teen sluggers. The coach should get his butt kicked if he doesn’t talk to or reprimand the kid for that. But you know what? They probably won’t because if they do, then the parents will get on the coach. It’s sad that it’s come to this.

According to a blurb I saw in the Post, Springsteen and company will be the next SB halftime show.