Coming home from work and listening to the radio, I heard that Pitt won today. Win #9. The announcer said it was Pitt’s first 9 or more win season since 1982. The rest of the story? You know what 1982 was, don’t you? Dan Marino’s senior year. (My senior year at PSU as well. PSU beat Pitt 19-10 at Beaver Stadium in the last regular season game that year before beating Georgia 27-23 in the Sugar Bowl for the national championship.)

Dec. 1973 to Dec. 2008. From celebrated hero to sentenced convict. (Should have been done in 1995, but…) Finally O.J. gets his. Speaking of, is it me or does anyone else think of Rollie Fingers every time they see Fred Goldman? 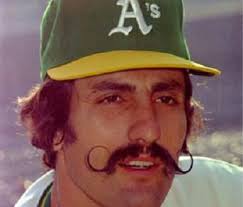 Kevin Kernan has an article on Ian Kennedy in the NY Post. Most interesting is that Ian went back to USC, where he starred in college, to work with Tom House, who has been the Trojans’ pitching coach for the past two seasons. If that name sounds familiar, it should be. House was a major league pitcher, but is most remembered for a catch. As a member of the Braves, he was the one who caught Henry Aaron’s 715th HR on April 8, 1974. Nolan Ryan has praised House’s work.

Jonathan Albaladejo continues to do well in the Puerto Rican Winter League.

A-Rod will be playing for the Dominican Republic in the WBC, along with Big Papi.

Rafael Furcal has turned down an offer from the A’s.

Interesting. MLB Trade Rumors has an article that six teams are interested in Randy Johnson and one of them is the Dodgers. Torre wants him? That would surprise me a little.