Before getting to AJ, some news.

I’m more a grind it out ground guy, but join fans of the passing game in bidding farewell to Don “Air” Coryell, a father of the passing game. He didn’t get Fouts and Co. to the Super Bowl, but was a great NFL coach and innovator. Coryell died at the age of 85.

Doc Rivers and Phil Jackson are coming back to coach another season. For Jackson, he’ll be shooting for his 12th NBA title as a coach.

Already I’m sick and tired of the Lebron James talk. I hope he decides soon.

This should be an interesting month, and not only for the Cliff Lee debate. Where does Lee go. It could be interesting because of teams looking to fill needs. Needs dictated by the DL? Can the Yanks get a bat to replace the one DL’d Nick Johnson was supposed to provide? With Chase Utley out two months (and Polanco also on the DL) can the Phils pick up an infielder? Heck, Rollins missed most of the year so far. What about Boston, which has Martinez and Pedroia out with fractures, and who have missed Ellsbury and Cameron for much of this year? What about guys coming back? Will Beltran make a difference?

Maybe the Phils (with Utley out) can move Polanco back to second (once he gets off the DL) and make a push for Mike Lowell. (Update: Lowell is on the DL, but when it gets closer to the deadline, if Lowell is off the DL, will he be available? Attractive? He hasn’t played much this year and is a gamble, but…if his hip is ok and he proves that he can play 3B a few times a week, or platoon with Dobbs…)

I’d love for the Yanks to get Ty Wigginton. Versatile, can spell Alex, Cano or Teix for a day, can DH, can even play some left. With Utley’s injury, I would not be surprised to see the Phils in the Wigginton mix.

It may be too much to ask Dave Eiland, just off his hiatus, to immediately fix what’s been wrong with A.J. Burnett. But fix it he must. A.J. is like the monster, Dr. Jekyll/Mr. Hyde. You don’t get anything in between, it seems. He is either very good or very bad.

The Yanks are in first with basically three starters clicking all year. Hughes and Andy have been pretty consistent all year. A.J. was there early while CC had some struggles and Javy was awful. Now CC is coming on. Javy is more consistent (although not great) but A.J. has tanked. For the most part it has been 3, maybe 3 1/2 starters clicking. You’d like to have all five, but that may be unrealistic.

But if they can get that fourth starter clicking (and why we hope AJ is straightened out, and soon), maybe the Yanks can open up some breathing room by the break or shortly after it. Right now you have the Yankees 1 1/2 up on Boston and 2 up on Tampa. Tampa has the 4th best record in baseball (Texas is #2 and Boston #3) but is only third in their own division. I never liked the 3-division with a wild card setup. It’s too easy to have three great teams in one division and some 84 win division winner elsewhere.

Which A.J. do we get today? Put it this way, he can’t be worse than he was in June, can he? We hope not.

Dustin Moseley had an out in his contract as of July 1st. The Yanks pulled him out of a start in SWB but haven’t put him on the big league roster yet. Maybe they do today. They may just be wondering who to can—Gaudin or Park.

Interesting. One guy wrote about Jose Montero a few months ago. Now the same guy writes of Jesse Montero. You’d think a first name like JESUS wouldn’t be too hard to forget.

UPDATE: LoHud is reporting that Moseley is in the bullpen for today but the corresponding move hasn’t been made yet. Moseley, the former Angel, is 8-7, 5.41 in his MLB career. The 28 year old righty was 4-4, 4.21 at SWB.

Update II: Logan was sent down.

Forget someone else as far as potential new Yankees at the deadline. Washburn goes to the Tigers for left-handers Luke French and Mauricio Robles.

It looks like Halladay is staying in Toronto, so it looks like the Yanks will be facing him next week.

What I’m concerned about is the Red Sox rumors I am hearing.

More on the trade talk, and moves as we approach the deadline.

Update: Beimel from Nats to Rockies for 2 minor leaguers.

The Yankees picked up some bench depth with Jerry Hairston. They dealt low-A From MLB.com:

Hairston played six positions this year for the Reds, including all three outfield spots, though he was primarily used as a third baseman and shortstop.

He is batting .254 with eight home runs and 27 RBIs this season.

He is a .259 career hitter (OPS+ just 84). Hopefully the versatility comes in handy. I wonder now what the Yanks next move is. Is Ransom gone? Hopefully with Hairston and maybe Pena (Sept. callup) the Yanks have versatility.

Nick Johnson went from the Nats to the Marlins for a minor leaguer.

Orlando Cabrera goes from the A’s to the Twins for a minor leaguer.

Boston traded just-acquired-from-Pittsburgh Andy LaRoche to Atlanta for Casey Kotchman. They also got Victor Martinez from the Indians for Justin Masterson and two minor leaguers.

…and Toronto made a deal. Not Halladay, however. Scott Rolen to the Reds for  third baseman Edwin Encarnacion and Minor League pitchers Josh Roenicke and Zach Stewart.

…and another one. Jake Peavy goes to Chicago after all. Nope, not the Cubs (rumored all offseason) but to the White Sox for left-handers Aaron Poreda and Clayton Richard and right-handers Dexter Carter and Adam Russell.

Buy or Sell? Who would YOU sell? 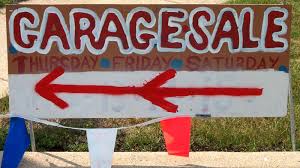 Will the Yanks be buyers or sellers?

It’s always hard to think of the Yanks being sellers at the trade deadline. For one thing, it’s hard for them to sell. Overpriced players, multi-year deals, the advanced age of some players and no-trade clauses give the Yanks an inflexibility that I despise.

For the past few years, I’ve been in sell mode. Granted they made the playoffs, but at what cost? First-round exits. Part of me wonders if the Yanks had sold, missed the playoffs, but acquired some top-notch young talent, would they be better off today?

What do you think? Buy or sell in three weeks? I guess it all depends on if the Yanks make a run and move to 3 out, or fade away and fall to 12 out.

Who would you sell (if you can, given the various restrictions I’ve given)? What would you be looking for? Who do you think is on the block? Here is your forum. It doesn’t have to be just major leaguers either. If you think certain minor leaguers should be moved, say who should go and for whom. It would be interesting to hear from you. You can also call the YFCR hotline and give opinions there.

It’s hard to think that with tearing the place down that the Yanks would also have a garage sale, but hey, the team does need an injection of youth. Could Brian be looking to dump some people for some position prospects? Who knows?

Brooms aren’t just for sweeps. They are also for sweeping some people out the door. We gave report cards. Now for stay or go….what do you think?